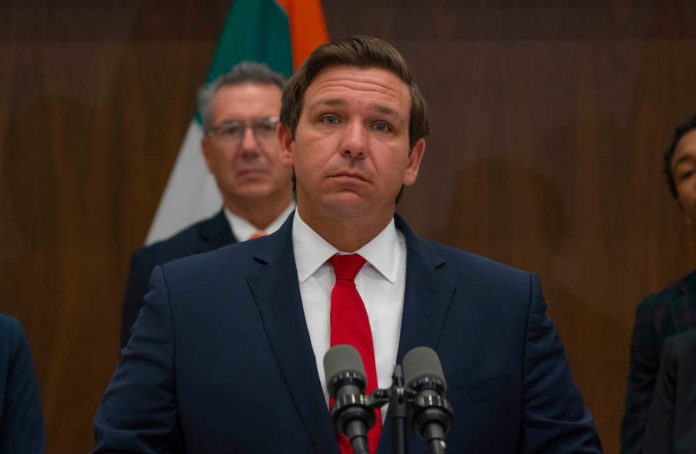 During an interview on Mark Levin’s “Life, Liberty & Levin” on Fox News, DeSantis said that Biden’s “central promise” of taking down the pandemic while improving the economy has gone “totally up in smoke.”

It’s hard for anyone, even Democrats, to suggest otherwise at this point…

“And I think trying to fight with Florida or Texas is just one of the things they do to divert attention from their failure,” he said.

He also suggested that the Biden administration and Democrats in general had some kind of “tunnel vision” with regards to vaccines, masks, and mandate – and that the spread of the significantly more infectious Delta variant of COVID-19 “exposed their lack of foresight in focusing on treating the inevitability of infection.”

DeSantis also rebuked the lies about him being anti-vaccine, stating that he wishes the vaccines were as sterilizing as the Democrats claim they are, but adding that they are simply “not providing that type of immunity.”

The Florida Governor is double vaccinated and has also received a booster shot, but that didn’t stop him from catching the virus over the holiday period.