(JustPatriots.com)- President Joe Biden’s politically-motivated Department of Justice has told former officials from the Trump Administration that they may be required to testify during a Congressional hearing about the origins of the January 6 Washington, D.C. riots.

As part of a hyper-partisan effort to smear Republicans over the events of the January 6 riots, House Speaker Nancy Pelosi has formed a committee of anti-Trump members of Congress aiming to paint former President Donald Trump as guilty of inciting a riot.

The committee does not examine the $2 billion in damage caused by Democrat-inspired riots that took place throughout 2020.

The New York Times obtained a memo that reveals that the “extraordinary events” of January 6 constituted “exceptional circumstances” that warrant asking former Trump Administration officials to testify during a hearing.

Bradley Weinsheimer, a Department of Justice Official, published a letter describing how Department lawyers, including people who have left the department are “obligated” to protect any non-public information that was learned during the course of their work. He added that lawmakers are seeking information related to the riots, and whether former President Donald Trump tried to use the Department of Justice to promote his “personal political interests” – for which there is no evidence.

It could mean that former Attorney General Bill Barr, who refused to support former President Trump in his efforts to support election integrity, could go before Pelosi’s hyper-partisan committee to provide testimony.

However, if it becomes clear that the committee is specifically working to smear the former president, he may ultimately choose to take legal action. So we may have a fight on our hands over this. 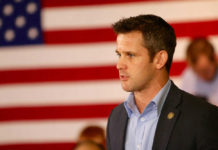